On my Lambretta scooter in 1965 (the same year that the Beatles wrote the song – ‘I’ve got a ticket to Ride’)   My friend Maureen is on the back.   She and I went to art college together and shared a flat in London. 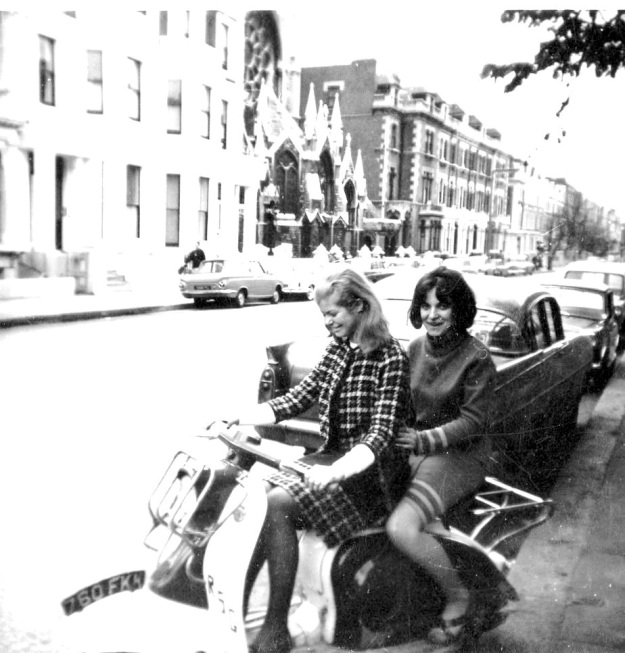 I have just purchased a ticket to Ryde on the Isle of Wight, where I will be spending some time with fellow blogger and artist, Sarah Vernon – ‘First Night Design’.     The last time I visited the Isle of Wight it was on this scooter in 1965!

But first I would like to tell you a story about my Lambretta scooter which points out how different the world was in 1965,

First of all no license or helmet was needed.    This was long before ‘heath and safety’.     Finding a puncture in the petrol tank I went to the local garage where I was told to chew bubble gum and then plug up the hole – which I did.    I drove all the way to the Isle of Wight and back on that scooter…and it was fine.      This time around, I will be travelling by train and of course ferry from the mainland to the Island.

This photograph was taken the same year – with Maureen and another friend in front of what was then the  newly opened Commonwealth Institute in Kensington.    It has just been re-opened as the New Design Museum.

Those were heady days.     It was a fun time to be young in London and indeed Europe….Hope abounded.

The era of materialistic madness had not yet descended….expectations were of a different kind and consequently for the most part people were much more content.

Hitchhiking and Youth hosteling around Europe was considered normal for young people.      A holiday could mean, stomping grapes in Italy or staying at the very basic newly emerging Club Med camps scattered around Europe.       In short it was a much simpler life.

After visiting the Isle of Wight and Sarah, I then return to the mainland (Dorset) where I will stay with Maureen.

I will of course take camera and sketch book…..

Magical Hummingbirds as always will accompany  me…… 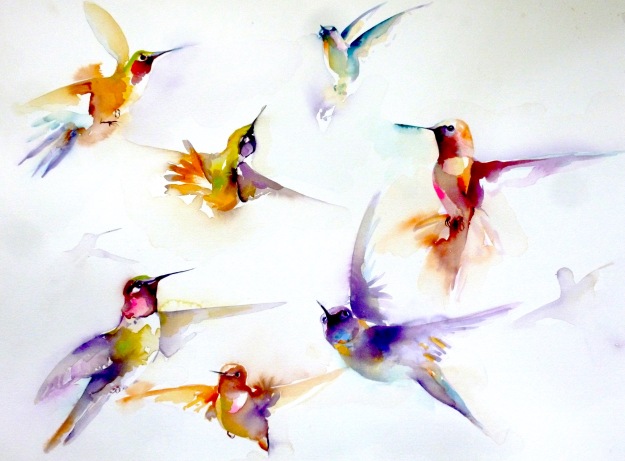 More colourful, magical hummingbirds for the week ahead.

In the midst of juggling our daily lives, Hummingbirds remind us to savor each and every moment.

and yet to be persistent in the pursuit of our dreams.

When things get a little heavy in our human world, I imagine the hummingbirds flying free above it all…… 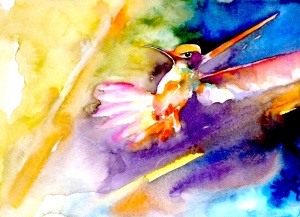