‘Happiness is not a matter of intensity but of balance, order, rhythm and harmony.   Thomas Merton

I have been thinking about a time in my life when I experienced a sense of what it is to live in a state of innocence and harmony.

After World War II – yet another hideous war which was supposed to be the war to end all wars,  the powers that be decided that it was time to integrate the young people of Europe.        All sorts of schemes and programmes were adopted.    School children were encouraged to have pen pals from other countries and when possible to travel and meet one another.

Given that I grew up in Kent, not too far from the English Channel,  where France can be seen from England on a clear day,  I was one of many young people who were able to meet up with counterparts from other countries.

My fondest memories are of being on the beach at Broadstairs, Kent – soaking up the experience of being with others, who at a time of limited travel and communication, appeared different, and yet the same.           Most of us had a spattering of other languages, but as is the case with the young, communication was natural and easily nurtured.

In hindsight, I now realise that we young people on that beach, English, German, Dutch, French, Scandinavian, Italian, Spanish etc. held at that moment in time, a sense of universal values. 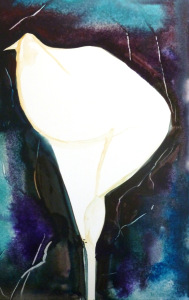 We hadn’t experienced the first hand horrors of two hideous world wars as our parents had…..rather there was a feeling of new beginnings – a time when people could co-exist with one another – where a sense of harmony might prevail.

During that idealistic moment in life, we were unable to foresee the problems of our world today.      We had no idea that fifty-five years on our collective lives would look like pure science fiction. 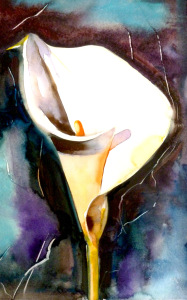 It has been said many times that the definition of madness is to repeat the same mistakes over and over again and expect a different outcome.    Words that have been ringing in my ears as I observe our world today.

As always, I look towards Mother Nature for answers……It is here that we are shown how to achieve a sense of balance, rhythm and harmony.

A magical hummingbird drinking from the sweet nectar of life. 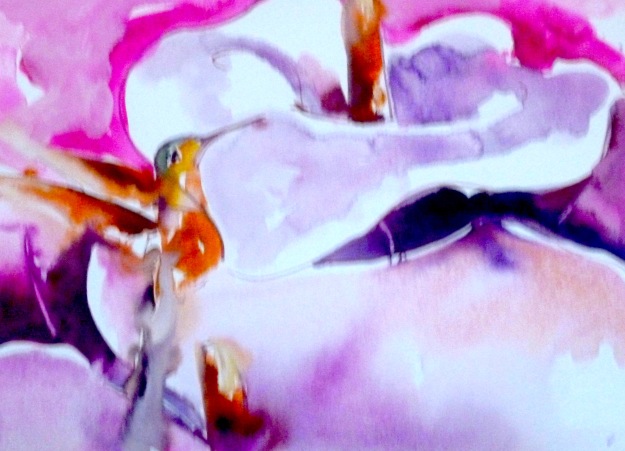