The subject of homelessness becomes more prevalent every day.     Whether one of the millions of stateless people roaming the earth, or people we encounter on the streets of our towns and cities – the problem looms ever greater.

I wrote and illustrated a children’s Christmas story 15 years ago entitled ‘Christeve the Cat Finds Her Home’.     Based on a true story, it focuses on the arrival of a little cat into my life on Christmas Eve 1996 when I was living in Crickhowell, Wales.

I have been displaced a couple of times in my life, and know what it is to yearn for a home of my own.    In many ways this story is autobiographical.   It is filled with symbolism including of course the magical hummingbirds.

In the story the little cat was homeless and had been living in a tree across from my cottage.   I believed that she belonged to Mr. Pickford, one of my neighbours and so had not been concerned about her. 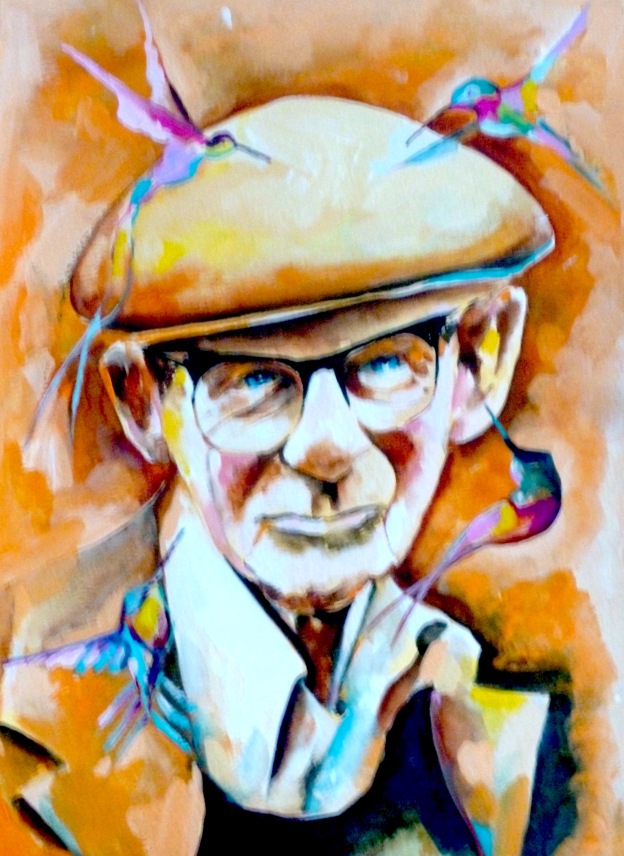 Here is the lonely little cat wishing she could live in a nice warm cottage like the one across from her tree.

“Sitting between mountains and watched by the moon, with magical hummingbirds weaving their love” this story takes place in The Magical Town of Crickadoon.

The little cat looking over the Magical Town of Crickadoon.

During the long dark cold nights, every noise would give the little cat a fright, and sometimes she would cry. 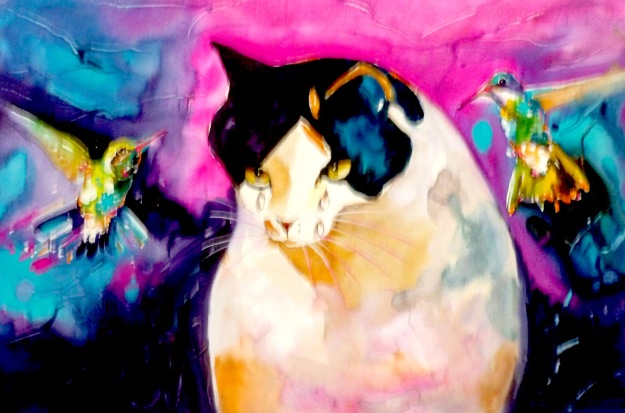 One night when the winds began to roar and howl, the little cat had a visit from a wise old owl.    The wise owl told the little cat to be patient and trust.    To close her eyes and dream of magical hummingbirds.

Something inside of  her always knew that there was nothing to fear and that help was always near……..

The little cat began to make friends with the birds and animals that lived beneath her tree.      After days of fun and play with her new friends the little cat would fall into a deep sleep and dream about finding a home of her own.

Some of the little cat’s new friends

One of her new friends, a red robin, told the little cat that she would never be alone because hummingbirds were always near, helping her to find a new home of her own.

One morning red robin and little cat woke to see that the Magical Town of Crickadoon was completely covered in snow.    everywhere the little cat looked, there was a special glow. 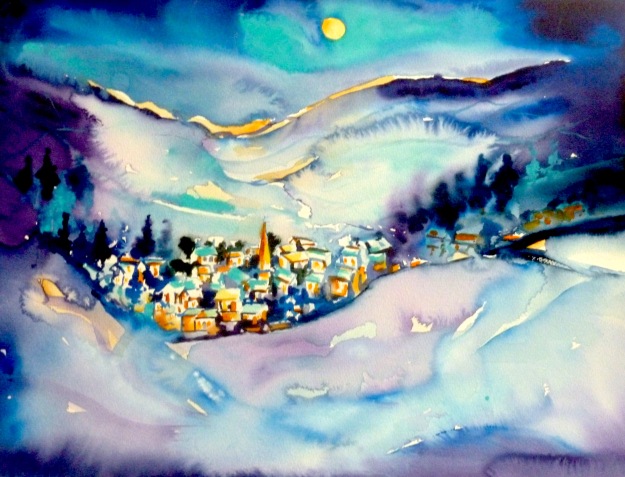 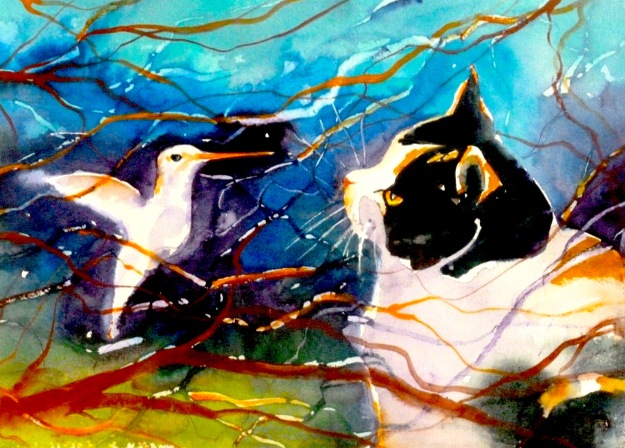 The next morning when the snow swirled and whirled and the winds roared and howled, the little cat felt so cold and alone was beginning to think that she would never find a home of her own.

In her dreams the little cat heard White Hummingbird say – “Don’t give into your fear, soon all will be clear. – Follow the light through the storm and there you will find your home, so cosy and warm”.

As the little cat came closer to the only light she could see, she realised that it was shining from the cottage across from her tree.     As little cat reached the door and raised her paw she called out as loudly as could be…Meeeeeoooooowwwww, I am here, I am here…….

The door to the cottage across from her tree opened wide and there was Janet the Artist waiting inside. 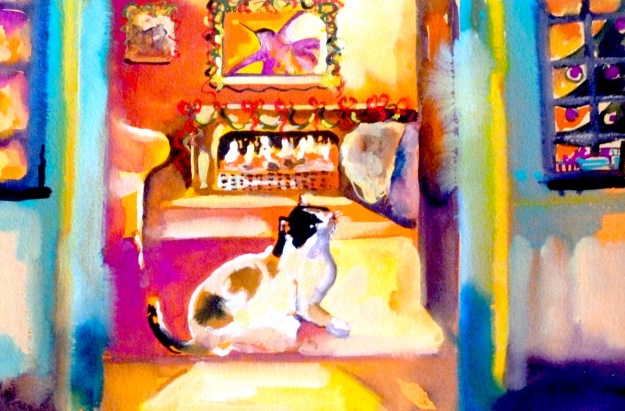 Janet the Artist scooped up little cat with tenderness and love, and from high above the Magical Town of Crickadoon, hummingbirds of every colour were flying under the moon.

Janet the Artist named the little cat, Christeve the Cat because she had arrived on a very special Christmas Eve.

This is the actual cottage where Christeve the Cat and Janet the Artist lived together in The Magical Town of Crickadoon.

Christeve the Cat settled into her new home and sitting on her favourite chair. 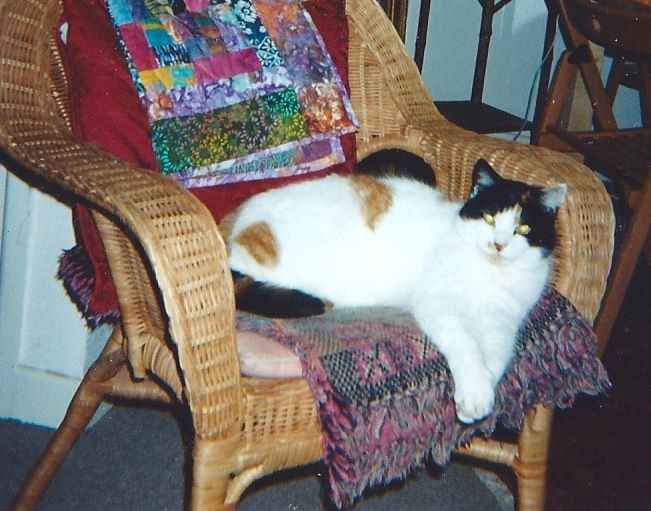 Christeve the Cat (on the left) with one of her friends sitting in her favourite place in the garden of her new home.