Many of these photographs are not the best quality.  They were taken a long time ago:).

My Mother, me in the stroller and my built in playmate, Colin who is my Uncle!    Yes my paternal grandmother was pregnant one year before I was born!      This was taken in Richmond Park, not too far from where I was born and where I live now.

I was about 5 in this picture with my Mother.

On my Lambretta scooter in London during the early sixties.    I was reunited with Maureen through FB just two years ago.

Having married in London, 1965 – my first husband and I travelled to the USA on The United States Liner to visit for two years!     We went to Key West Florida and then after I found out I was pregnant, to Ft Lauderdale where my son Jarrod was born on Sept 10 1966.

In this picture, I am 7 months pregnant.

After Jarrod was born we moved to Staten Island, New York.   Jarrod’s birthday party in the garden of the little cottage we rented. 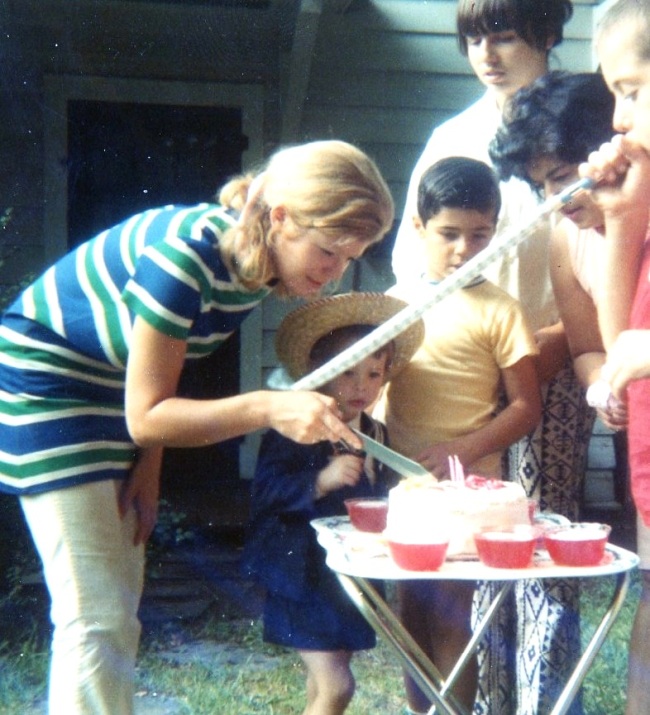 My first husband left, which meant that I was a single mother in New York.   Very long story short, I got a job working on a trading desk for the investment banking firm, White, Weld & Co.      I became  registered representative with the New York Stock Exchange.       The equipment you see on the trading desk was state of the art at that time.